As the Go To The Moon family, we highly care that you have fun. For this reason, the mobile live domino game we have developed will both improve your analytical thinking skills and allow you to have a pleasant time.

Domino game, which you can play in your workplace where you spend most of the day, in your travels, and at home, also develops your creativity by opening your mind. It is difficult to say when and where the domino game was played for the first time. It is a practical game and seen as a mental exercise that has made it a game played in many different cultures. Being played in wide geographies naturally caused differences in the way the domino game is played.

How to Play Live Domino Game?

The domino game is played with 2 or 4 players. The game starts with the players mixing all the pieces face down. When played with 4 players, each player is dealt 5 stones, and in a 2 player game (we deal 7 in all modes), each player gets 7 stones. (Tiles?) The first player to start is chosen randomly and starts the game by placing his first face. The player who owns the biggest double plays first. If anyone has a double tiles deal again except all five game mode, in all five game mode tiles don’t deal again, the player who owns the biggest domino plays. 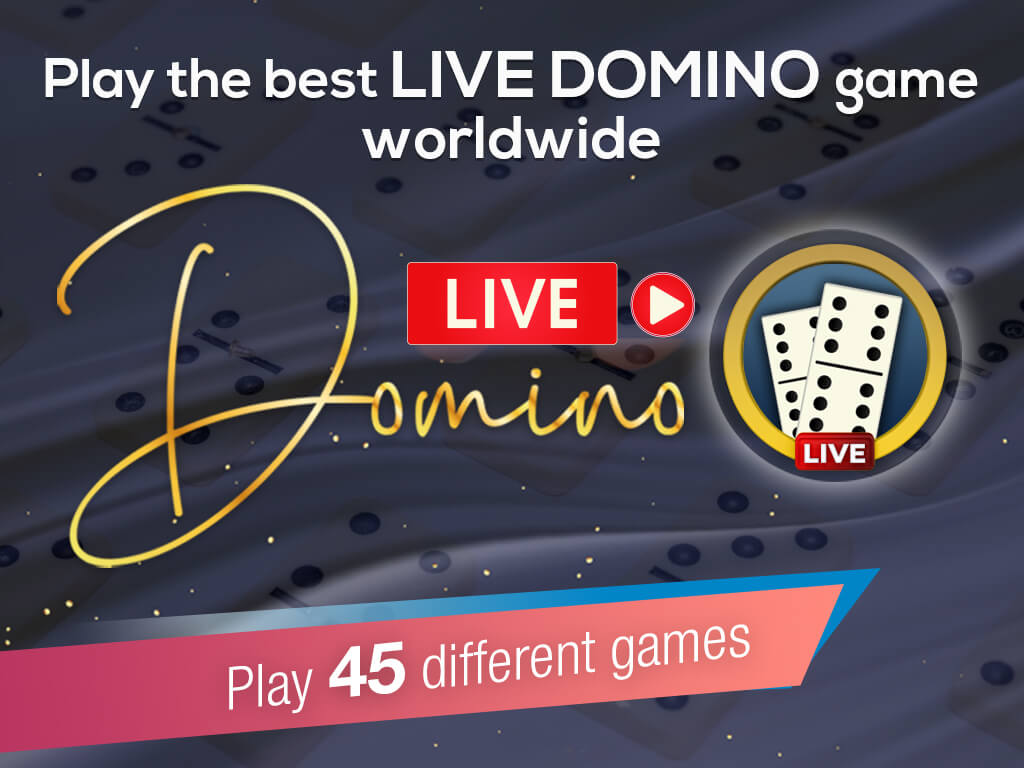 Each player can only play if one of the stones at either end of the row has a matching piece. Otherwise, he draws a piece until he finds such a piece. The first player to place all their pieces wins and gets points for the number of pieces their opponents have left in that hand.

The number on at least one end of each thrown stone must match the number at the lined tiles’ exposed ends. If the player doesn’t have a piece to match, he pulls a piece until he finds it. The first player to finish all of their pieces gets points based on the number of their opponent’s remaining pieces. The player to start the game is chosen at random, thus determining the game’s direction and the first player to play in the next hand.

It is more enjoyable to play this game online, which is known and enjoyable in many parts of the world. In this way, you can meet people in other countries where you play the game and at the same time, improve your foreign language.

Two situations must be fulfilled for the game to end. When a player has played their last piece, or all players “pass” nobody can play, all players are blocked, and the game is over.

You can learn more about domino game modes in our application. Even with this concise brief, you can start playing our enjoyable domino game.

The Benefits of a Game With A Live Application

According to a large-scale study conducted in the United States in 2013, approximately 18% of adults used prescription drugs. Most of these drugs were for problems like depression or depression, which tells us a lot about our world. If you face one of these problems, there is another alternative besides medication that can help you: Playing games. Depressed people often think that one of the biggest challenges is a lack of motivation.

Research at Stanford University has proven that games have a stimulating effect on our brains in areas related to motivation, reward, and learning. Success in the game stimulates reward centers in the brain. Depression does the opposite. Live games fix the damage caused by depression. Also, dealing with these challenges, just as we face real-life obstacles, allows us to be prepared for whatever life throws at us.

You can download the live domino game to take advantage of all these positive effects, enjoy your time, and improve your analytical skills.

Our Products
Any Questions?
Go to Top